Every important bit of information and device status can be read directly from the phone, for example: the serial number, factory data, hardware data, etc.

As we mentioned before, there are two ways to remove the network locks: to direct unlock and to read out the unlock code. This feature is designed to avoid having to do any extra steps after the successful completion of the process; the device can be used immediately with the SIM card of any provider.

The most common uses for this function are either upgrades to new firmware versions or downgrades to older ones. Sometimes it is used to change or add languages. In 90% of the cases, most of the restart, freeze and no-boot errors are solved after a software update of this type.

There are two ways to remove a phone’s SIM lock. Normally, we use the direct mode unlock for this purpose; In the case that the SIM lock is overwritten by a factory unlocked content, we use the direct mode unlock and then the device can be used immediately with any other operator’s card. In some cases this option is not feasible, often the user would like to punch in the unlock code. This function is a perfect support for when this situation arises and, when applied, can successfully read the code stored in the phone.

Reading and writing digitally signed certificates became necessary because in some Samsung models the serial number (IMEI) was stored and protected in this manner. Thus the manufacturer aimed to prevent one from manipulating the originally stored serial number without authorization. Sometimes this part gets damaged or overwritten by an improper tool. If this occurs, having a backup of that part can be very useful, enabling the ability to make a hassle-free restoration. In some cases, a previously saved content can also be restored to other devices by repairing them in the same way. It is important to note that in the latter situation this means that this serial number is cloned as well.

The modem repair function is needed when it is likely that the factory partition – the so called "golden partition" – is also somehow damaged. In this case error messages can appear, for example: there is no network, no IMEI number in the device, or in the instance that you simply get a numerical message such as "12345600654321". In any of these situations it is advisable to try this more complex feature in order to make the proper correction.

In some cases it happens that the serial number becomes overwritten or just simply damaged. If the case arises, it is possible to fix. Because this feature is not available for all devices, you should beforehand always check out our current list of supported devices.

One frequently asked question is, "How do I restore the original state of my device?". We cannot back up all individual calibration and safety parameters before each process, because this would be quite time consuming, but we do give you the opportunity to do it yourself. Obviously, we are trying to create backups automatically before each critical part of the process; this is a functionality which provides extra safety. 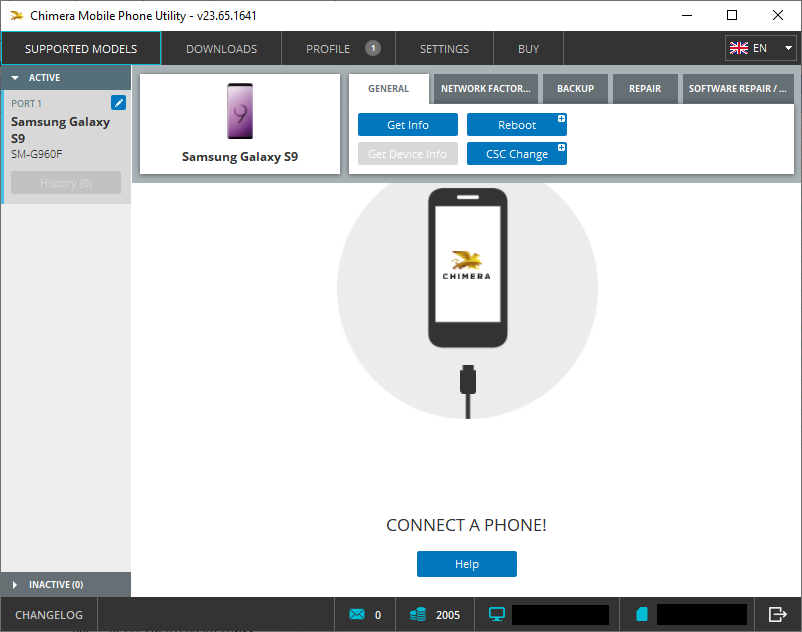 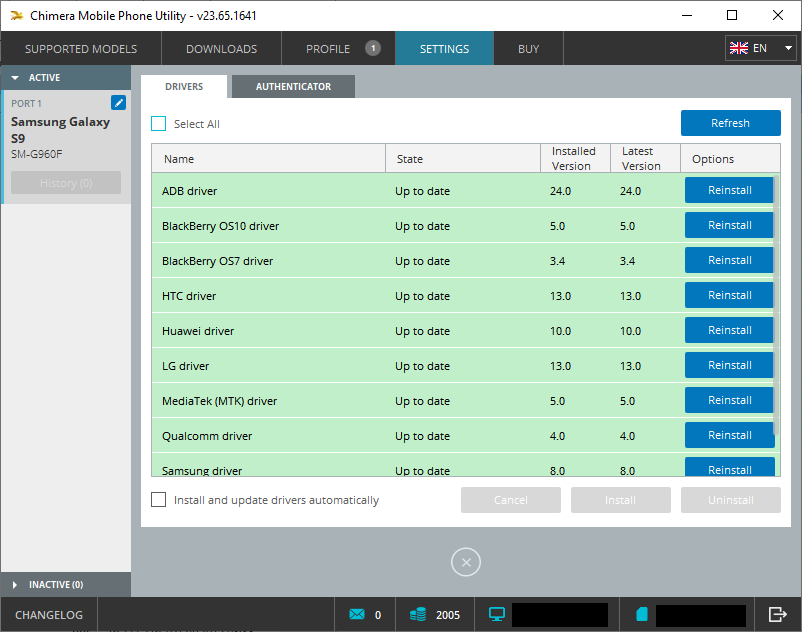 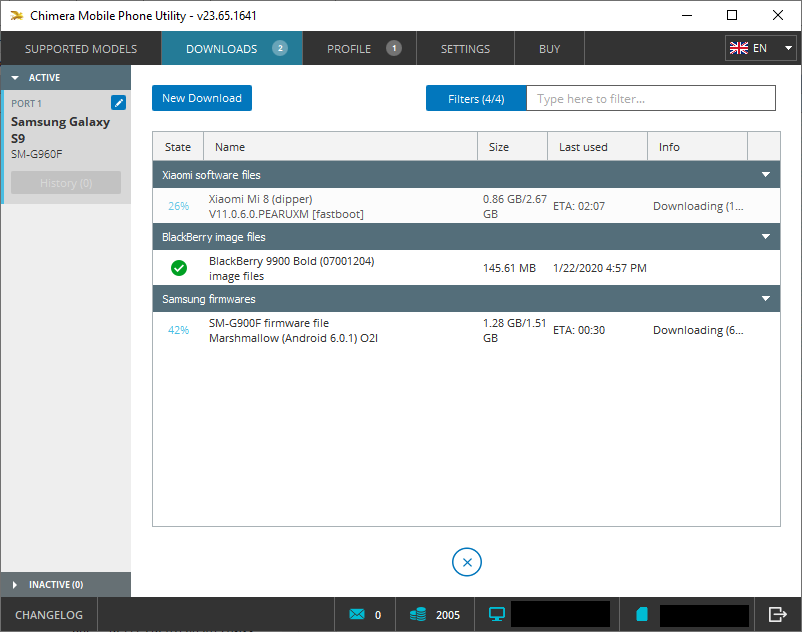 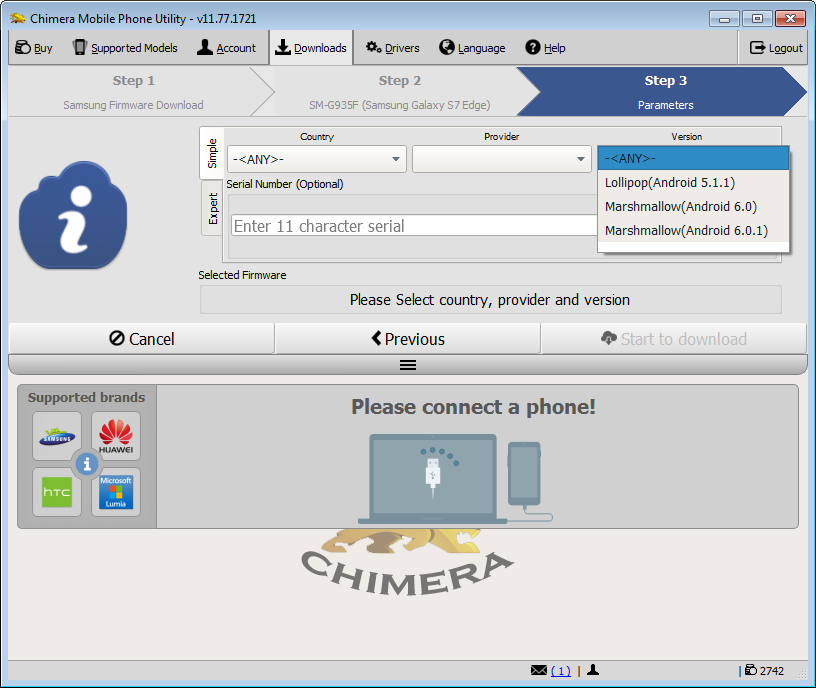 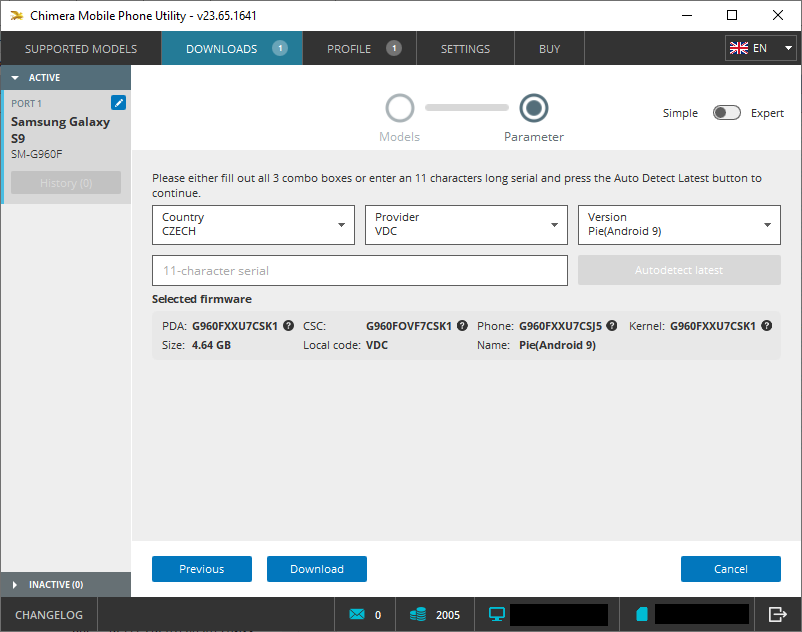 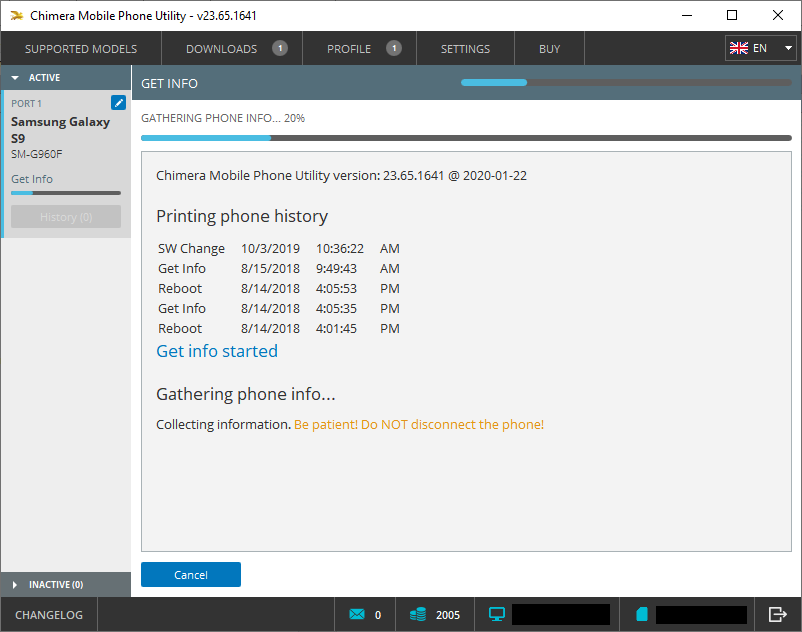 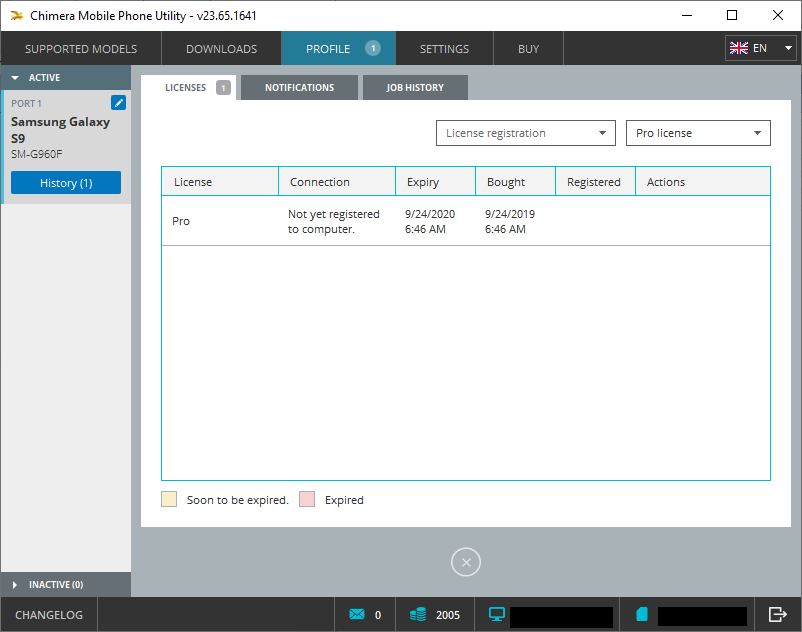 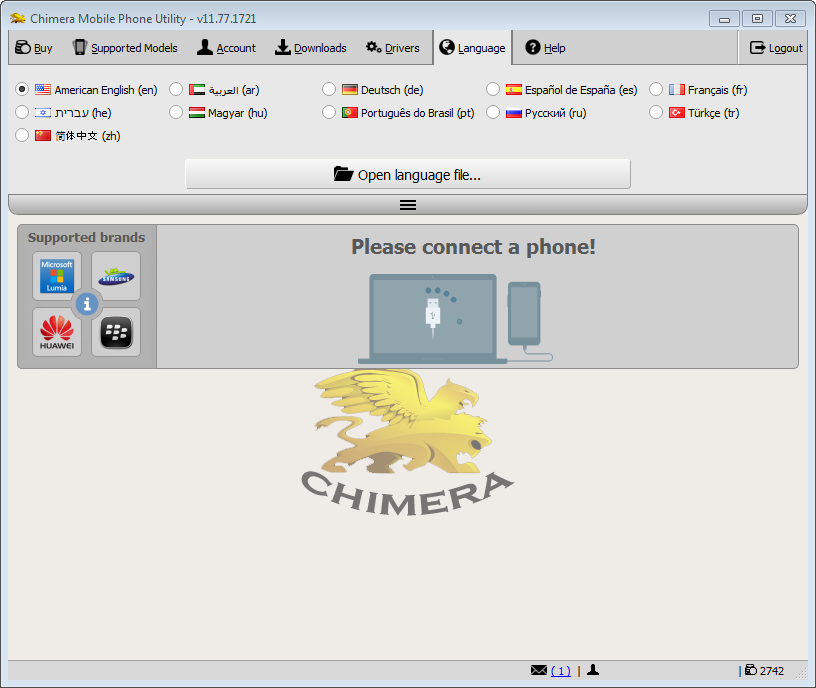 Our support team is ready to help you with any questions or comments you may have! The staff will answer incoming emails within 24 hours from Monday to Friday. The official support language is English.chimeratool+44 20 3034 1777It is available on working days: 09h - 17h (GMT).
All rights reserved! © Chimera Tool — 2013-2020